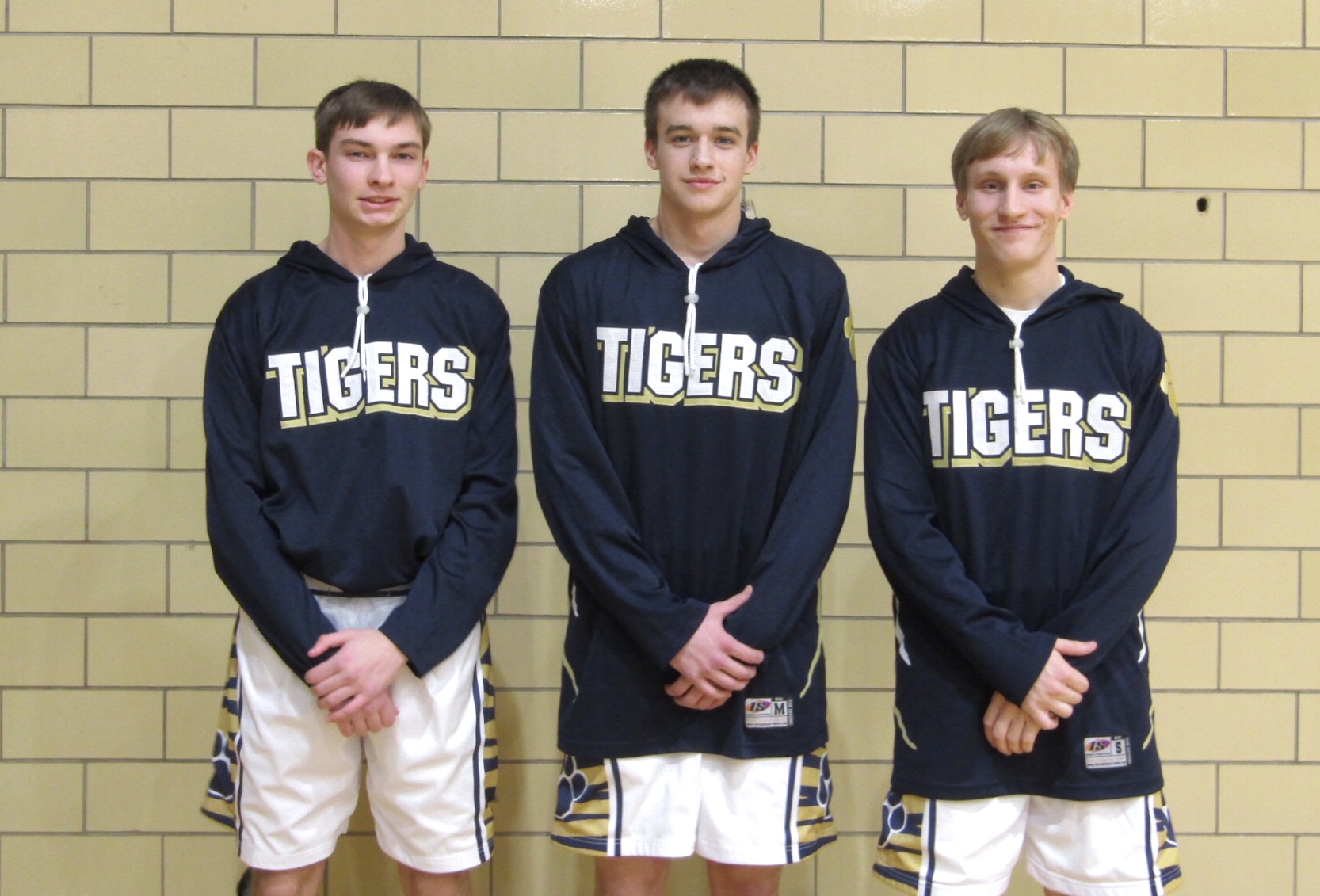 The North Penn-Mansfield Tigers honored Nolan Frederick, Seth Nelson and Logan Tokarz on their January 30th senior night against the Towanda Black Knights. The game initaially started with a layup from the Black Knights, but the Tigers rapidly caught up and surpassed them for a first quarter score of 15-10. North Penn-Mansfield's second quarter defense proved tough for Towanda to break. A surplus of fouls on the Black Knights led to numerous points for the Tigers. The score at halftime was 31-20 and after a brief moment of confusion on the court, North Penn-Mansfield's offense worked hard to make and rebound as many shots as possible widening their lead to 47-30. The Tigers were able to maintain their despite the intensity from Towanda on the court. As the final seconds ticked away and North Penn-Mansfield held posession, the Tigers were able to come out victorious with a final score of 71-48.